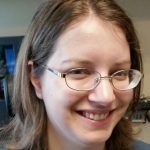 This blog was written by guest author and Oxide game designer Meghan Straus.

Over the many years that video games have been in development, genres have seen rises and falls in popularity. From the surge of MMOs in the mid-2000s to the uprising of battle royales for literally every shooter in the last decade, there’s no telling what might grab people’s attention next. Sadly, some popular game genres have been lost to the sands of time but have not been forgotten. Let’s take a journey back to a time where some of these lost genres still roamed the earth. Welcome to Jurassic—

Wait a second…Let’s do this with less dinosaurs and more lists.

Transport Tycoon. Rollercoaster Tycoon. Zoo Tycoon. School Tycoon. Space Tycoon. Circus Tycoon. If it existed, there was a tycoon game of it. Everyone wanted to build and be in control of everything. And really, who wouldn’t want that? I know that I sunk endless hours into countless tycoon games, particularly of the zoo variety, blissfully creating the most beautiful parks I could before deleting every single fence and letting the animals run free. We aren’t even going to talk about what I (and everybody else, don’t lie) did in Rollercoaster Tycoon. In the early-to-mid-2000s, you couldn’t walk into an EB Games and throw an iPod nano or hot pink Motorola Razr without hitting a Tycoon game. Today, a rare city builder or zoo creator may pop up (looking at you, Planet Coaster), but they certainly aren’t as common as they used to be during the great poke-wars of Facebook.

From the wacky and wonderful Monkey Island and Grim Fandango to the puzzle-filled world of Myst, point-and-click adventures experienced their golden age during the 90s, just like a couple developers here at Oxide. They managed to be both very simple and extremely complicated and expanded into different graphical styles and story types. However, their inherent simplicity wasn’t meant to last. With the advancement of high-tech 3D graphics and the expectation of multi-hour stories and expansive worlds, the simpler time of point and click adventures faded into the background.

Rock Band and Guitar Hero, developed by Harmonix and Activision respectively, exploded onto the gaming scene in the early 2000s. These games, complete with their instrument-shaped controllers, revolutionized the industry and brought the rhythm game genre to the forefront of people’s minds. These games were so popular that they also impacted the music industry, with bands that had tie-ins like Aerosmith making more off sales of their games than they had on any of their albums. Also, who doesn’t like slamming on a super-simplified drum set until your drumstick breaks in half and hits your friend currently jamming with clicky guitar?…Just me? (Sorry Sarah.) Sadly, the last Guitar Hero game was released in 2015, but they certainly paved the way for the rest of their genre in more recent years.

And finally, we come to one of the earliest genres of games. Also called “Interactive fiction”, text-based adventures like Colossal Cave Adventure and Zork rose in popularity during the 1970s. These IF games set the stage for modern role-playing and adventure games but were quickly overshadowed as systems advanced to support 2D and 3D graphics rather than just text. Now that players can explore expansive worlds without the use of their imagination, there’s no telling when text-based adventures will make a reappearance besides the rare indie developer fishing for some nostalgia. We just hope they won’t “>Kick The Bucket” for good.

And obviously, that’s not all of them. Who could forget the influx of snowboarding and skateboarding games in the early-to-mid 2000s? Or the mascot-centric platformers that arrived on every single console when they debuted? For every genre, there was a fan, and some can only hope that these lost genres will return in force while others hope they peacefully remain buried in their nostalgic memories. Hopefully our game will stand the test of time for years and years. Maybe it’ll even get put on a list like this in 30-40 years in the future and be fondly remembered by some game design blogger. One can only hope!