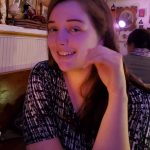 This blog was written by Emily Turner, Designer at Oxide.

Before quarantine, work was the thing I did for approximately 40 hours a week that I couldn’t talk about. If I were asked how my day was by someone outside of the company, I could bark back a simple “Good.” or “Bad” or “Ok”. At the time, I found it funny how my NDA reduced my linguistic capabilities to that of a four-year-old.

Non-disclosure agreements (NDA for short) are legally-binding contracts in which the employee or freelancer promises not to tell any company secrets on pain of termination or being sued (if they have anything worth being sued for, ahaha). They have always had a weird isolating effect on my relationships. I’ve had people express curiosity, surprise, and occasionally anger when we hit a point in a conversation where I have to go “er… sorry I can’t talk about that”. I’ve been working at Oxide for a year and a half at this point. That’s around 3,000 hours worth of things I cannot talk about.

Despite having this sizeable chunk of my life that’s barred from discussion, it was easy enough to have conversations that were not pertaining to my work. I had ~hobbies~ to keep me interesting – dancing, running, baking, volunteering – all of which could be discussed freely.

Then in March 2020, we were sent home with our work computers in tow. At the time, we were naively saying “see you in two weeks!” Then a couple months passed. Suddenly work wasn’t just one of the things I was doing, it was the only thing I was doing. Dancing and volunteering were cancelled for social distancing reasons. Running was off the table because of the frequency of non-mask wearers in my neighborhood. Baking became too dangerous since there were no coworkers to distribute my creations to, and I didn’t want to make a habit out of eating an entire cake.

I spent my downtime pacing around my bedroom like a caged zoo animal, wondering when it was all going to be over. I ate my dinner in every different location I could think of within my apartment, just to get some sort of faux variety in my routine. I played games and tried desperately to shut off my designer brain that treated them like a dissection instead of a pastime.

I started hosting Zoom and Discord calls in a desperate attempt to keep in touch with my friends. We all greet each other and play games, but when it comes to conversation there is nothing to talk about. We are all under some form of nondisclosure.

“In the vaguest sense of the question…” I say, “How’s it going?”

I am met with a rousing reply of half-hearted grunts and “eugh”s. We’re well past speaking like four-year-olds and are beginning to sound like cavemen. Our NDAs make work off-limits for conversations. But when you can’t leave home, what else is there to talk about?

I often joke that once our project is announced, I am going to start talking and keep talking, talking, talking until I fall unconscious or asphyxiate. I plan out all the things I’m going to say, all the ways to make up for that lost chunk of my life that I might finally get a chance to talk about. I’ve made fair warning to friends and family alike that I am going to be insufferably obnoxious for several weeks after I’m released from my pact of silence. The official announcement will happen in – well, I can’t really say. NDA and all. Ahaha.

Happily, the world is slowly yet surely coming back to life. I’ve just received my second vaccine shot and my close friends are tentatively planning to meet up sometime this summer. With a little bit of patience and a two-week baking period, I might just get to start being interesting again.